The first cream separators arrived in Australia in 1881 and they sparked a technological revolution in the dairy industry. These large separators, powered by a steam engine or horses, changed the industry's structure. Instead of producing cream on the farm using settling pans and skimmers, farmers could now bring their milk to a local creamery to be separated. By the late 1880s many milk factories and creameries were operating in New South Wales.

During the 1890s Camden Park established three creameries – at Menangle in 1892, Cawdor in 1895, and at the Home Farm (Belgenny) in 1898. The estate also purchased the Westbrook (Mount Hunter) factory in 1896 from the Camden Dairy Company Ltd and converted it to a creamery. The Westbrook facility had begun in February 1888 as a cooperative butter factory, located on The Oaks Road, now Burragorang Road at Mount Hunter. Camden Park spent a considerable sum on its modernisation and conversion to a creamery.

By the end of the 1890s, milk from well over 1,000 cows was delivered each day to Camden Park's four creameries. The milk processed at the creameries was supplied not only by the estate's share-farmers. It was also supplied by Camden Park's tenant farmers and small land owners in the district. 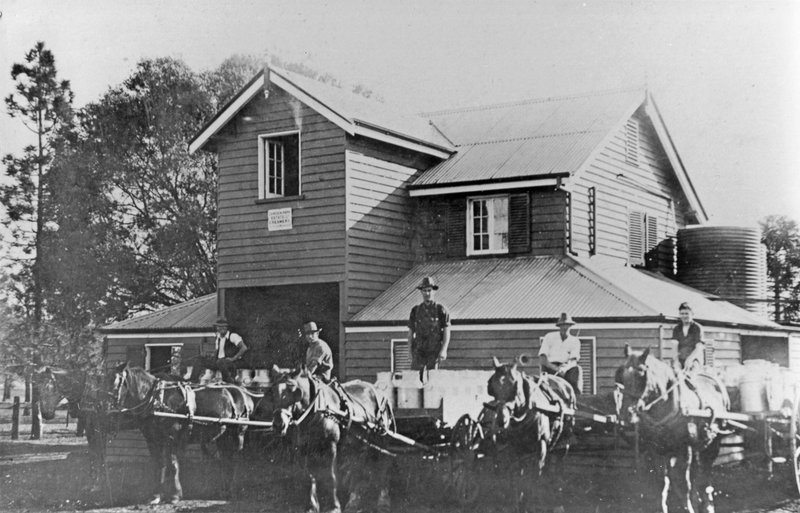 Farmers with their milk cans on carts in front of Cawdor creamery in 1926. The creamery was built by Camden Park and began operating in February 1895. It closed between 1926 and 1930. (Camden Historical Society). 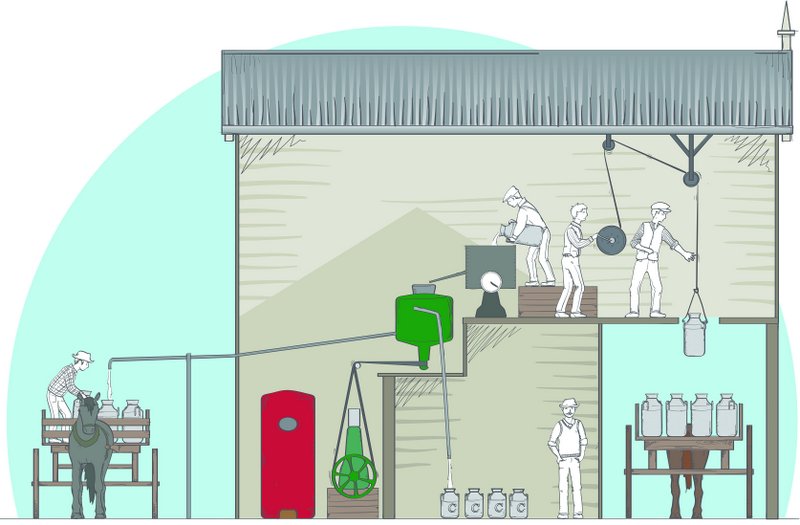 Cans of milk are winched from a cart to the top storey of the creamery, then tipped into a vat and weighed. The milk then flows into a separator driven by a steam engine (the boiler is shown in red). Cream flows into cans while skim milk gravitates outside where farmers can fill up their empty cans and take them home to feed pigs. (Diagram: Jessica Green).