Thomas Mort established a cold store at Darling Harbour in 1872 to receive fresh, refrigerated milk sent by train from Berrima and Moss Vale. Previously all city milk came from dairies based in the city itself. In 1874 Mort's establishment became the New South Wales Fresh Food and Ice Company (FFI). It was on the site of the present-day Chinese Gardens in Darling Harbour.

From 1878 Camden Park sold whole milk in Sydney through FFI, in addition to their well established sales of butter and cheese. Camden Park sent their milk in cans by rail from Menangle Station to FFI's depot at Darling Harbour, with extra pick-ups from Picton Station on occasions when demand for fresh milk surged (for example, Christmas Eve).

A comprehensive report of dairy operations at Camden Park in 1883 published in the Sydney press provides a priceless picture of the enterprise. It reads in part:

Owing to having a large herd in hand, about the same number of cows are milked all the year round, the limit being 100 head. At the present time 96 cows are milked in order to keep good the supply contracted for with the Fresh Food and Ice Company. The dairy herd, including milkers, numbers about 500 head, and as may be supposed a good many cows over and above the limited number come in milk at different seasons of the year…

…The dairy is the finest in the district, and probably the most complete building of its kind in the colony. It is 30 x 24 feet, and 11 feet high, with cemented walls both inside and out, a stone-flagged floor, while the yard in front of the structure is paved with bricks. Running along the inside walls of the building, and also occupying the centre of the floor, are three brick shelves, cemented, on the top, whereon the milk dishes are placed. The dairy was constructed during the days of butter-making, and although the internal arrangements are most complete, they exceed the present requirements of milk-dairying. Contained within each of the solid shelves already referred to, a heat conducting pipe extends from the outer portion of the building, where a large furnace is used for the purpose of heating the dairy when required. For butter-making the plan has proved very effective. Heating the building causes the cream to rise speedily, particularly in winter, when the weather is cold and frosty; the cream, which, under ordinary circumstances, would take four days to thicken, can be forced and with effect in 48 hours. 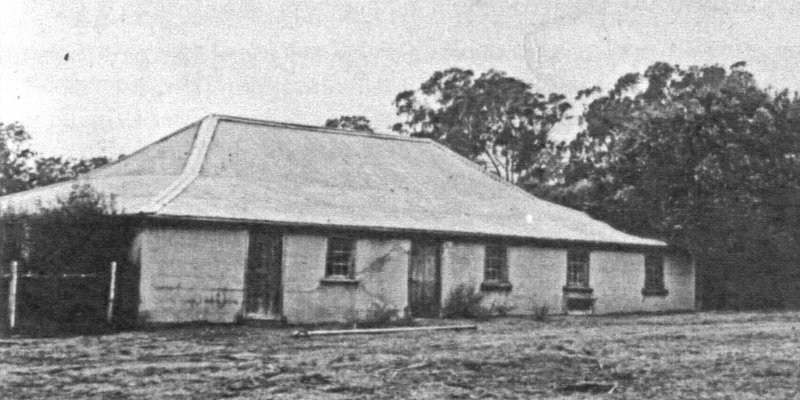