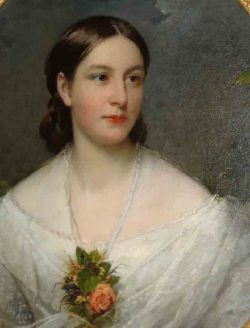 Elizabeth Macarthur Onslow was born at Camden Park in 1840, the only child of James and Emily Macarthur and granddaughter of John and Elizabeth.

In 1867 Elizabeth married Captain Arthur Onslow and they had eight children, of whom five sons and one daughter survived to adulthood. Her husband Arthur died in 1882.

Elizabeth was patron of a number of voluntary organisations including the Camden School of Arts and the Camden Agricultural, Horticultural and Industrial Society, which held the first Camden Show in 1886.

With her daughter Sibella, Elizabeth championed women's volunteer work in the district. This included home front patriotic fundraising, sending soldiers' comforts abroad, and creating the St John's Mothers' Union which was a precursor to the Camden Red Cross branch established in 1914.

In 1887 Elizabeth took her six children to Europe for their education. During her two-year absence she studied dairying in southern England and share-farming in Italy.

In 1892, using the insights gained overseas, Elizabeth established an innovative dairying complex at Camden Park under the management of her cousin, Captain Astley John Onslow Thompson.

In 1899 Elizabeth converted Camden Park Estate into a private company with her children as shareholders and directors.  Elizabeth Macarthur Onslow died in 1911.